I have always been amazed I can find only one other, OSHO (or the late Bhagwan Sri Rajneesh) spiritual teacher/mystic, who uses "In Search of Fearlessness" as a core aim of their teachings, of which this book I Teach Fearlessness is a manifestation. I have never read Osho per se. I have seen a documentary on his spiritual movement, some say cult, and its controversies. That said, his work is no doubt important. And, in late 1989 when I co-founded the In Search of Fearlessness Project, I had not known of this focus of Osho's on this phrase and work. I had certainly heard of Rajneesh and mostly only through popular culture and heresay. I wanted to honor this emphasis of his teachings, which, I believe are also at some level universal and part of the dharma of what I have called the Fearlessness Movement for the last few decades. 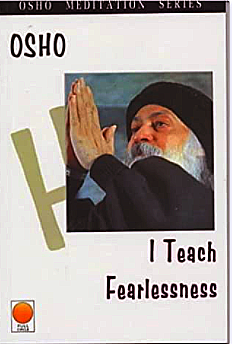