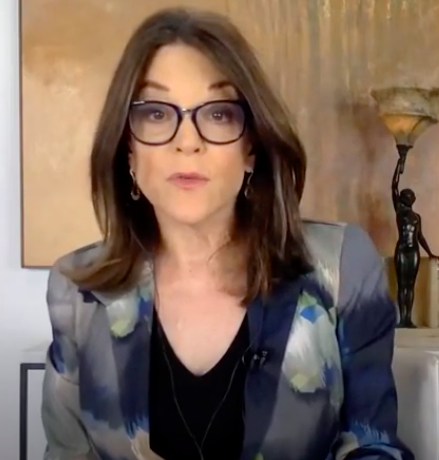 The spiritual teacher, political activist and cultural (r)evolutionary [1] Marianne Williamson recently interviews human rights lawyer Steven Donziger, who has been for over 20 yrs fighting the battle for the Ecuadorian farmers and tribal peoples of the Amazonian Basin in S. America. I highly recommend this interview not only to show two outstanding citizens in dialogue, without hatred, but with firm analysis and righteous indignation as they point out in some detail how the guts of the American judiciary branch of justice is being systematically undermined by the courts and corporatist (money/powers) of the oil industry (i.e., Texaco now bought by Chevron). The corporations, with their huge lawyer teams, belive they can out-smart and finesse their way out of their own debts to the Ecuadorian people and ecosystems, which are in law they are to pay for the damages they did back several decades ago in malpractice of their oil drilling operations.

The importance of what Donziger, now under "house arrest" in what is likely an illegal (certainly unjust) set of circumstances in New York courts, backed by Chevron's legal team, cannot be underestimated. I particularly am impressed overall how Williamson with her use of her large following of fans and supporters, is keeping the battle going even if she is not a "politician" per se. She is showing everyone how to be a political leader in and out of the mess and corruption of so much of politics and the law these days. Of course, corruption is nothing new. This case is exemplar as to what the justice systems, law itself, has to confront with the newest maneuverings of gross injustices by legal firms and corporations ('big oil' in this case). The latter are bent on intimidating, if not destroying, human rights lawyers in general--and could just as well be investigative journalists, etc. who are out to expose the truths of the worst crimes against humanity and the earth's ecosystems at-large. Williamson has found her broadcast medium through her podcasts [2] and her independent type of journalistic-work. It is not something to be dismissed of what she is capable of, and of which I would argue makes her one of the most important adult educators and (r)evolutionary leaders of the Fearlessness Movement today.

Williamson offers several direct actions for solutions to the Donziger case, and makes it clear that even if things go in the worst way with his charges and trial on May 10th, 2021, that he will not be forgotten in his heroic efforts to bring to justice these corporate-legal entities that believe they can operate and profit from destroying the lives of lawyers as the 'weak link' when they have been shown to be guilty already in the Ecuadorian Court going back to the 2011 judgement, which Williamson speaks about with Donziger in this recent interview. Consider helping out in anyway you can. And, finally it is worth noting that although the two of them have never met, other than online, after Williamson initiated the first talk with him (this being the 2nd one)--Donziger makes his clear endorsement of Williamson that is worth writing down and reading. He says at the end, unsolicited:

"Thank you Marianne for your leadership in our society. Your positive vision, you're an awesome person. I've watched you from afar [including during her 2020 election bid for leadership of the Democratic Party]... I just salute you for having the visiion that you do to better our society."

In my mind, a toxic fearism, as I call it, has been the underbelly of all kinds of terrorism. Now that fearism is working its way into law big time, with corporatism and its worst sides giving us all a picture of how it will intimidate and destroy human rights lawyers, ignore the charges against it, and use money-power-law-politics to be the weapons for its own survival, meanwhile willing to destroy peoples and the ecological systems of this planet in their own selfishness. It is their deep fear/terror that they will lose control of their domination (Oil Empire)--and indeed, that battle still remains. We do have to recognize that "fighting" such sickness as we see in this case of Chevron and their law teams and the judges involved, that it is fear-based. That means it is wound-based. The way to fight them all has to be done with a good critical analysis of fearism not merely claims of injustice and crime etc. That latter concepts will not be sufficient [3] in the long run if we truly want to 'set everyone free,' even the oppressors, the criminals, those who exploit others. Everyone deserves to 'pay the price' when they are responsible for damages proven in courts. And, everyone deserves to be restored and supported to heal and transform.

1. I have outlined in great detail her role in Fisher, R. M. (2021). The Marianne Williamson Phenomenon: Cultural (R)Evolution for a Dangerous Time. Peter Lang.

3. The holistic-integral arguments within the framework of a philosophy of fearism (as distinct from fearist-t in its toxic form), have been given in the book: Fisher, R. M., Subba, D. & Kumar, B. M. (2018). Fear, Law and Criminology: Critical Issues in Applying the Philosophy of Fearism. Xlibris.