"Emotional civil war" ... a very interesting (?) campaign quote... and, what does she really mean by this? And what is a fearologist's perspective of her rhetoric, intention, and potential for presidential victory and/or at least influence in American culture and politics. See my new youtube video on "Ethical Leadership: Marianne Williamson"

In the INTRODUCTION of Fisher & Subba (2016), p. xxxi [1], you will read a philosophy of fearism (and fearlessness) perspective on Marianne Williamson, and you will see that I have (in particular) been following her philosophy and social media following for a long time. She is a close friend with the media star Oprah Winfrey, and many others (see picture below on this webpage of FM ning). In that Introduction, Subba and I ask : "WHY FOCUS ON FEAR, NOT LOVE?" and then we begin the chapter with a quote from Williamson:

"Crossing the bridge to a better world begins with crossing a bridge inside myself, from the addictive mental patterns of fear and separation, to enlightened perceptions of unity and love. I have been trained by the world to think fearfully, and today I choose to think with love." (from A Year of Miracles), and, many of you may or may not know that she is a 'big' promoter and teacher, supported by A Course in Miracles movement. In this spiritual movement "love" is placed as the answer to "fear" and all of our problems. The dialogue between Subba and I now moves on in the Introduction to show how unreliable, if not distorted, from a fearist perspective, this emphasis on love is the answer approach to personal and world transformation. We risked to critique, in a mild way in this chapter, a person (and ideology), who is now running for the 2020 American political presidency under the Democratic party. She is a populist leader, with no experience in politics per se, althought a few years ago she ran for a local congress position in California but never made it very far. Now she is going for the 'big' position. It will be interesting to watch, but more importantly it will be interesting to see how her work (as part of the Fearlessness Movement) will emerge on the 'big' stage of American politics in a time of crisis.

I for one, will keep analyzing her work and offering her and her supporters ideas of how to better bring about a challenge and intervention to disrupt that problem of being (in her words) "trained by the world to think fearfully"... and, challenging her movement to look at fearism and fearlessness to better inform their own philosophy and politics.

ADDITIONAL NOTE - M. W. is also an endorser of one of my favorite philosophers Ken Wilber, for e.g. 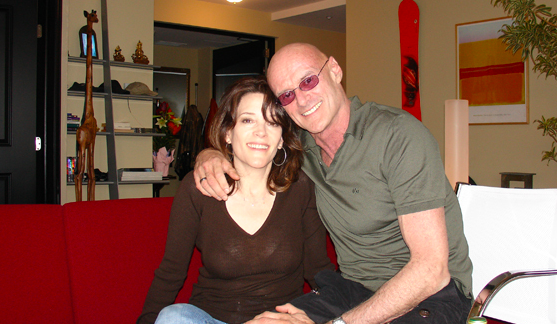 OH, interesting The Washington Post (a rather conservative major newspaper in USA)... wants to spin the story of MW's campaign in the ruts of the traditional right winger folks like Dobson's "tough love" pitch for parents, which a lot of people bought hook line and sinker back 30 years ago... and, also if you see the headlines (below) on The Washington Post interview (and the photo shoot which really is a 'joke' and 'play' on MW, not taking her really seriously)--and, then you get the headlines... which one thinks she is again being played with by this media journalist and well... you can make up your own mind... I'm so skeptical of who is behind these newspapers--owned by a handful of the very elite she criticizes :

[Peele talks about miracles] [a small excerpt from her text for this article, which I nearly gag on]:

Today, it’s the eve of the 66-year-old’s declaration that she will be seeking the highest office in our country, during what is arguably one of its most terrifying times. Since Williamson is sitting at the head of the table, close enough to touch my arm, it feels like an appropriate moment to ask her to act as my own spiritual adviser. Not because I believe in miracles. Because I want to believe.

“I’m afraid,” I tell Williamson. Afraid about how bleak things feel under our current president; afraid of how angry people are. “I’m afraid of what will happen to the country,” I say. “And that there’s no going back.”

[sure, I'm glad they are talking about "fear"... but Peele's approach is too much of a grand skit and makes me angry... I trust/hope MW doesn't fall for this stuff from the mainstream media... okay, one other quote, an accurate view from MW's mouth, that is, A Course in Miracles, she says to Anna at one point:]

“We’re hallucinating. And that’s what this world is: a mass hallucination, where fear seems more real than love. Fear is an illusion. Our craziness, paranoia, anxiety and trauma are literally all imagined”? [says Williamson... her absolutist philosophy, belief, faith, religion, spirituality, ideology?]...

[If "fear is an illusion" a common claim of many esoteric religious teachings, E. and W., then what does that say about a philosophy of fearism and its claims... hmmmm... ?]