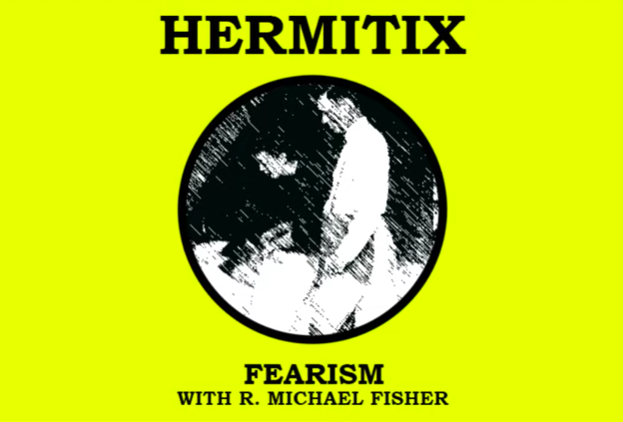 James, host of Hermitix, does interesting 'beyond-the-box' podcast interviews with philosophical types; and, I was glad to have this chance to chat with him:

I'm pleased to see that an article came out recently, with a mention of "Fearology" and my work on this, in relation to the life of Marcus Garvey and Intergenerational Trauma" (by Philip Geoffrey). I've taken the relevant excerpt here:

intergenerational trauma is a form of post-traumatic stress disorder (PTSD) in which first victims passed their trauma to their children through a series of problematic behaviors[1]. As Bezo notes, “Each generation seemed to kind of learn from the previous one, with survivors telling children, ‘Don’t trust others, don’t trust the world.[2]” These behaviors, rooted in fear of a reoccurrence of the initial trauma, if left unchecked, are often revealed in symptoms such as learned helplessness, alcoholism, drug addiction, self-harm, and depression.

Fearology and the RIA Method

One of the most exciting developments in psychology has been in Fearology, a “transdisciplinary study of the interrelationship between fear and the human experience.[3]” The conceptual framework developed by R. Michael Fisher has been advanced by Dr. Mary Poffenroth, who, in a recent interview, outlined methods she has used to “teach people about how to create strategies around fear”: “The first step is just recognizing what's going on. And then the second step would be identifying it, kind of like ‘name it to claim it. And then the A is going to be to address. What kind of strategies do you need to manage outcomes for this?[4]”

Now, fear is not necessarily a bad thing. Some have called fear a gift because it is survival-based[5]. However, the instinctive caution in a dangerous situation can become a liability when the threat is no longer present.

Marcus Garvey, who was never a fearful man, witnessed firsthand the effects of fear on his family and the debilitating effects that it had on them and worked hard to remove fear-based behaviors from his life. As he stated in Philosophy and Opinions of Marcus Garvey, “FEAR is a state of nervousness fit for children and not men.[6]”

[article is available at http://marcusandtheamazons.blogspot.com]

[Note: I am glad fearology and my definition are given their due, but it is inaccurate to assume this is a "development in psychology" as my very definition of fearology is "transdisciplinary"--also, my conceptual framework has not "been advanced by Dr. Mary Poffenroth" actually, as she is using "fearology" but virtually totally within a biomedical and psychological conceptual and traditional disciplinary lens; as well, I do not support Garvey's definition of fear, for several reasons] In a certain way, young people today are asking society "We" (adults) a big question: and, I think it goes something like this... (above image)... or, in another way, "If you really love us as you say you do, why do you bring so much threat, trauma and fear into our lives?" Adults are being held accountable to answer... (analogously, a variation on this underlying implicit question: Why do you continue to maintain a "coping culture" over a "healing culture"?)...

This image is centered on an activist "peace" button I found a few years ago, and I began doing some art work with it in an community co-housing group in Courteney, BC. This is my latest art image I made with the button modified in this digital piece, using African art image (excerpt) behind and through it. I like the sense of a wheel of time or clock moving along...a sense of the future imposing and questioning the present and past...also I shaped the rectangle button into more an hour glass timer form...with the Western button image and question--a dilemma that is truly coming to the fore in today's society, as you'll see in some of my latest blogs as I am giving some space on the FM ning for youth.

Youth are feeling "terror" deep below the surface, if not on the surface, about their ever diminishing futurity. If we as adults/society ignore this... we'll only add to the nightmare they and all of us are going into...

The dilemma of this question on the button will not go away. I think it is an excellent stimulus for further dialogues and responses and I look forward to anyone on the FM ning writing and responding to this. Is it a fair moral question? Is it stated in the best way? What other ways could it be stated that may be also useful or interesting?

Anyone who has followed my work since 1989 knows that the issue of Love vs. Fear and how we are to manage our societies best, is always in my thought and theorizing--a great philosophical dilemma, I think worth more attention than we usually give it.