My critique notes, as a fearologist, of two pages on the evolutionary paradigm used by TMT core theorists and researchers [1] from pp. 66-67 in their recent 2015 book. As much as I respect TMT (terror management theory) and its universal attempt to understand human behavior (drawing heavily on Ernest Becker's work)--I find more and more  there are deep philosophical (theoretical) problems in this work and in TMT's very lens it uses to try to understand human behavior--of which it overtly focuses on fear management as a primary shaper of human behavior in human evolution and history (which I agree on as that primary shaper). However, how the TMT folks go about their argumentation is troublesome in that it seems not to be self-reflexive as to its bias as Fear Management System-5 [2] itself doing the discourse construction of the fear management (i.e., terror management) that they are describing. I won't say more... I know the above image cuts off lots... my scanner cannot figure out how to not do this... and, so, whatever, the case I am making is based on a fearological position and theory of Fear Management Systems which is core to my own theorizing on fear management/education and beyond.

I share this note-taking and text from their book--so as to stir up and truth out what is actually going down with TMT these days, as it grows in popularity and applications, but needs a lot more critique than it gets, but that ought to come from specialized fields like fearology that study fear management--from a transdisciplinary perspective--unlike TMT itself which is still social psychology-based, and what I point to in my notes here somewhat, it is dominated by existential-cognitivism (and, the ideology of that way of thinking, of that empiricial paradigm of experimentalism and of general modernist thinking for the most part)--these, latter terms I throw out here because they need a lot more clarification as critique of TMT, I realize, but they are coming to me as I study TMT more and more. I'll leave this here... a much larger work is required for a thorough challenge to these dominating hegeomonic and paradigmatic components of TMT, which is a terror management theory (i.e., fear management theory) that is dubious on several grounds, as I say, its bias as FMS-5 itself and as existential-cognitivism. Oh, and on top of that, I keep wondering if Ernest Becker himself, if he were alive today, would be 'happy' on all levels as to the integrity (or not) of TMT, which the latter is supposed to be based on Beckerian philosophy and theories. Questions need to be asked. Another question I keep asking myself and have not fully answered it is: What would make a fearlessness psychology today? And, I look to TMT, and other theories, and I am not satisfied they would meet the criteria, although, they may not even want to--yet, they are, as I see it, on the way to such a fearlessness psychology--arguably, the latter takes humanity beyond fear-based psychologies (and FMSs) themselves. The Fear Problem cannot be solved by fear-based psychologies (and their concomitant fear-based curricula of fear management/education; and TMT is included because it is FMS-5 under my classification system).

[p.s. for more FM blogs on TMT search this website and/or go to https://fearlessnessmovement.ning.com/blog/fearanalysis-2-wilber-s-induction-to-terror-management-theory

1. Solomon, S., Greenberg, J. & Pyszczynski, T. (2015). The worm at the core: On the role of death in life. Random House. [although TMT has many authors and researchers now a days, these three are the core co-founders of the theory]; and note, they do not cite my 31 years of researching fear management

2. Fear Management Systems theory, way too complex to outline here, is evolutionary too--but best to check my thinking out as delineated in general in Fisher, R. M. (2010). The world's fearlessness teachings: A critical integral approach to fear management/education in the 21st century. University Press of America/Rowman & Littlefield; note, my cursory classification of the discourse domination in TMT (using pp. 66-67 as exemplar) also includes, besides FMS-5, some FMS-6b (typical of most all existentialist discourses on fear management). FMS theory, revolves around and upon the evolution of consciousness theorizing of Ken Wilber, integral philosopher, amongst others. In my version of FMS theory there are ten evolved 'structures' for doing fear management (or terror management, it matters not), I name them FMS-0 to FMS-9. You can see, TMT's largely FMS-5 is modernist and 1/2 way in terms of complex fear management systems available on this planet. That's great ,but in a sense it is 'half-baked' or 'half way' on the way to even better fear management systems. That said, FMS theory (integrally-informed) holds that no one FMS of the ten is absolutely more functional than any other--all have a role to play in the evolution of consciousness (individuals, and cultures).

I have just published a new Tech Paper 94.pdf, "Dialogue Between Terror Management Theory and Fear Management Education" based upon my recent FearTalk 9 with guest Sheldon Solomon, one of the core founders of TMT and other materials in which we both are looking at how to bring our work together in a new synthesis.

There’s something ‘wrong’ in the field of fear management, the author had expressed in his 2010 tome, The World’s Fearlessness Teachings. Using a transdisciplinary approach to fear and fearology, he has sought how best to engage other theories. Within philosophy of existentialism (a la Ernest Becker) and the applications to social psychology (empirical studies of human behavior via Pyszczynski et al.), he found their contributions on terror (fear) management intriguing. The author, a specialist in fear management/education (FME) has been citing and at times teaching about terror management theory (TMT) since the early 2000s. In 2007 he published his first attempt to integrate TMT through an “integral” lens, to serve as one way to up-grade what he saw as some of the weaknesses in TMT, even though he highly admires TMT. In 2020 he engaged in an in depth interview dialogue with Sheldon Solomon, one of the three core founders of TMT, and it is this Technical Paper No. 94 which offers an extensive transcript from this exchange. As well, the author includes a letter to Solomon on potential ways of upgrading TMT, especially as the world spins within the extraordinary challenges of the coronavirus epidemic and lots of death—never mind, the overall context of an Anthropocene era, which both Solomon and the author acknowledge and attempt to offer good FME.

[i] Fisher is an Adjunct Faculty member of the Werklund School of Education, University of Calgary, AB, Canada. He is an educator and fearologist and co-founder of In Search of Fearlessness Project (1989- ) and Research Institute (1991- ) and lead initiator of the Fearlessness Movement ning (2015- ). The Fearology Institute was created by him recently to teach international students about fearology as a legitimate field of studies and profession. He is also founder of the Center for Spiritual Inquiry & Integral Education and is Department Head at CSIIE of Integral & 'Fear' Studies. Fisher is an independent scholar, public intellectual and pedagogue, lecturer, author, consultant, researcher, coach, artist and Principal of his own company (http://loveandfearsolutions.com). He has four leading-edge books: The World’s Fearlessness Teachings: A critical integral approach to fear management/education for the 21st century (University Press of America/Rowman & Littlefield), Philosophy of fearism: A first East-West dialogue (Xlibris) and Fearless engagement of Four Arrows: The true story of an Indigenous-based social transformer (Peter Lang), Fear, law and criminology: Critical issues in applying the philosophy of fearism (Xlibris); India, a Nation of Fear and Prejudice (Xlibris); The Marianne Williamson Presidential Phenomenon (Peter Lang).  Currently, he is developing The Fearology Institute to teach courses. He can be reached at: r.michaelfisher52@gmail.com 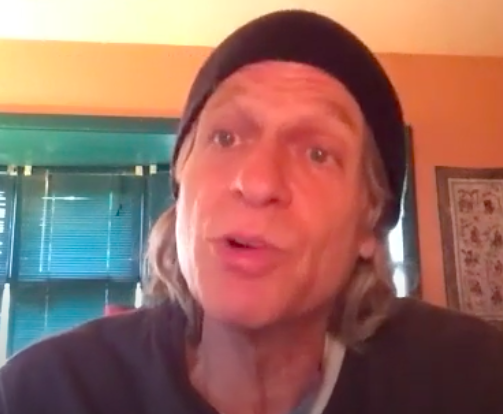