Author: Michael Eneyo
Reviewed by: B.Maria Kumar, India.
Reminding the Hindu mythical Sagar Manthan, this cerebral work stands out as the outcome of the intellectual churning of the mind of the author Michael Eneyo, presenting complicated ideas on fear in a much simpler and tastier form; like Amrit, the divine nectar- ready to be drunk for attaining eternity.
Albeit an arduous task, the author makes his concepts and observations surrounding fear and their analysis interesting as well as captivating. In one of his positive interpretations of biblical verses, he says, “... the coming of Christ was to enthrone love and to encourage his followers not to be afraid as it is recorded in St.Mathew 1:20.” Such is the optimism that reflects his ideation so as to brighten the otherwise dimly lit path of human life.
The best part, explicitly visible in his style of approach, is that he resorted to antithetical treatment of various fear constructs for arriving at holistic reality because unless the opposites are taken into consideration, the enquiry is incomplete.
The author views Subba as fear positivist in the sense that the positive side of fear outweighs the negative and Kalu as fear negativist for the contrary there-to. The author also interprets the stratagem of Kumar and Sushmita as fear negativistic. The three perspectives, according to him, are tinged with opposite orientations, rather in subtle manner. Then he fuses the whole gamut of different viewpoints in the Fisherian crucible of fearlessness, thereby reaching a beautiful philosophical synergy; when he propounds, “.... opposite is a natural characteristic of every being and none can be eliminated.... they necessitate each opposite’s existence.... positive fear must continue to struggle with the negative fear using fearless approach....”
While journeying by the train of his thoughts, the author finds himself in a never ending ‘fear territory’ where he exhibits his unique knack of rhetoric with scintillating coinages like ‘fear conflict’, ‘fear dilemma’, ‘fear climax’ etc. These new vocabularies expand the human mind to understand fear more insightfully as Lera Boroditsky, a cognitive scientist infers from her research that the new words and new dialects do shape the way we think.
In order to elucidate the multifaceted nature of fear more succinctly, the author has intelligently developed a typology of fear, making each segment of category not only unambiguous but also easily comprehensible. The fear that poses as challenge turns creative and proactive and results in productivity whereas that fear which confronts as procrastination gets translated into underdevelopment, he reasons.
‘How fear is generated?’ has been systematically discussed in the chapter on ‘the process of fear’. Like a manufacturing procedure, where one component gets converted into the other by a step-by-step method, fear process also takes its route through six phases, culminating into consequences or effects- kudos to the author for bringing the entire fear genesis to a logically plausible end with ‘reason’ as ‘catalyst’.
Congruent to dual nature of fear as to its positive and negative results, its impact on humans and society has also been examined in both constructive and destructive terms. With the support of corroborative real life examples, the author has undoubtedly succeeded to prove his point that the fear which acts sometimes as a builder of society also turns into a destroyer at times and some other times as a guarantor for success whereas at times becoming responsible for failure.
For managing fear, the author takes recourse to love and courage. Positive love controls positive fear, negative love controls negative fear; he deduces by narrating day-to-day experiences from his home land. He also explains how ‘courage’ suppresses the tensions unleashed by negative fear. He intends to surmise that ethically and morally driven decisions alone can control negative fear. Also, righteous socioeconomic-psychological environment backed by value based educational and legal systems help overcome negative fear.
The last parts of the book enthuse the readers to empathise with Nigerians, pondering over the fact as to how negative fear played havoc resulting in the country’s backwardness, that could not only be rectified but even be bounced to bubbling economic resurgence with dedicated adherence to and spirited application of positive fear.
In essence, I would like to conclude my review by affirming that this wonderful philosophical treatise on fear has been very thoughtfully conceived, logically sequenced, intelligently chaptered, analytically explained and convincingly presented. I admire the cognitive toiling and the intellectual labour that the author Michael Eneyo has put in while crafting this masterpiece.
B. MARIA KUMAR,
Co Author, The Youth Don't Cry,
India.
Read more…

This book contains interesting guides to all those who want to overcome fear. Negative fear consists in: Sadness, sorrow, tragedy, depression, hopelessness, anxiety, stress, etc. While its opposite are: Happiness, peace, pleasure, bliss, (positive fear) etc. In philosophy, a single word is enough to be philosophy. A country, state, king, religion, ethics, etc, are all single words, yet we study and write much about them and bring out many philosophies from them. Just as Aristotle who built his philosophy to find happiness, almost all philosophies, particularly human philosophy started with a single human emotion, temperament and feeling then developed into universal principle of life. Fear is one of such words that have become philosophy to be studied by all and sundry. In this context therefore, this book can be said to be a compendium of prophetic messages that comes with revealed knowledge on how positive fear can be used to foster growth in the society. Indeed, the book is a blessing to those that are willing to overcome negative fear.

The major beauty of the book is that of the Nigerian myths. Efik people's myths are paradigms for philosophy of positive fear. I recommend that other myths of the world, just like the Efik myths discussed in this book should be built on the assumption that myths ought to be channelled toward general development in human society. I found many beautiful words introduced by Eneyo which I think should be included in a Fearism dictionary. I also suggest that the words be inserted in the glossary of this book. Such words like: Horror of fear, antecedent fear, fear territory, fear memory, fear conflict, eschatology of fear, fear studies, history of fear, faculty of fear, fear climax, fear coalition, fearful mythology, negative fear expeller, potentiality of fear and many other new words. The credit of these new words belongs to you; you're the coiner. Your logic, explanation, example and myths are well articulated. I congratulate you on your success.

Author: Philosophy of Fearism and founder of the Fearism Movement. 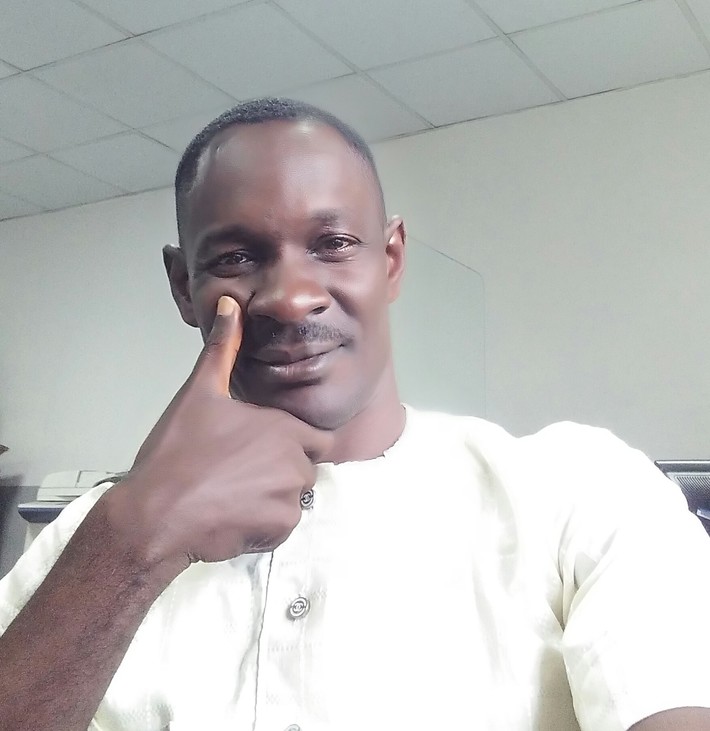 The upcoming book Philosophy of Fear is a philosophical manual developed by me to aid human persons overcome the existential limitations imposed on humanity by fear. In this book, I recognizes two categories of fear: The positive and the negative and I blamed all forms of negative activities of human persons to negative fear, while I attributes all aspects of positive developments to positive fear.

The tenet of this book is that; there is fear everywhere and that this fear is fundamental to all beings. Hence, philosophy of fear as a philosophical school of thought, ought to be given its own seat in the educational environment with its unique brand name: "Philosophy of Fear" or "Fearism". As a book designed to investigate the nature, scope and the role of fear in human society, philosophy of fear is out to offer expanding opportunities to the study of fear and its related challenges.

In suggesting a workable methodology to the solution to fear problems, i adopted unification-complementary approach in advancing my philosophical arguments, where fear and fearless/courage (the opposites) are investigated in a unified and in a complementary manner in order to have a complete knowledge about fear. I am of the opinion that, unless opposites are  taken into consideration, enquiry is incomplete.

In making fearful/fearless decisions therefore, the book uses love-courage as a panacea for decision making within the framework of Fearism. In this expanding investigation, I incidentally ended up in place where all fearful things are found which I refered to as in this book, "Fear Territory". Thus, fear territory is an open ended research zone that can accommodate all fearologists or any body who wants to study fear.

Such words like: faculty of fear, fear coalition, fear conflicts, amalgamation of fear, fear climax, potentiality of fear, history of fear, negative fear expeller, etc, have been coined to demonstrate the workings and the operational patterns of fear.

The book is an interpretative, analytical, explanatory, logical and of course, philosophical guide to the intrigues of fear and how it can be overcome. I urge you all to be ready to grasp your copy.