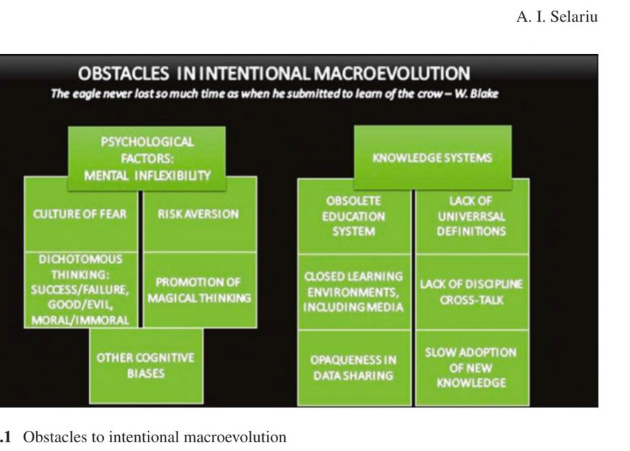 Contentious to my Fearlessness Psychology (and viewpoint) [1] is the way many people and groups construct the dichotomy of "Love" vs. "Fear" (especially in the esoteric religous traditions and 'new agey' spiritualities)--and, so for e.g., I offer you to take up this debate with serious study and discernment. I have many publications on this Love and Fear issue [2]... and, for the purpose of this blog I'll offer one excerpt from a typical writer in this (unsatisfactory) dichotomous (binary) discourse (note: also Marianne Williamson running for US Presidency for 2020 follows a similar logic to this author below): 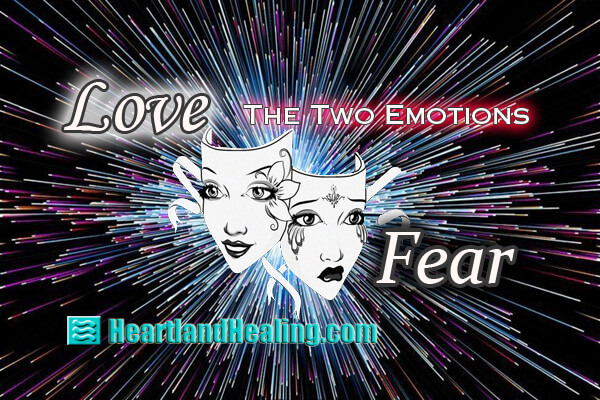 The Two Emotions: Love vs. Fear

The human mind has a tendency to isolate, divide, extract and reduce. We look at Nature, our planet, ourselves and begin to analyze and separate. The base, human, data-driven mind resolutely weaves a tale of “better living through figuring out.” Meanwhile the higher, Divine mind that each of us is born connected with, simply absorbs and includes. The Divine mind sees things holistically without sense of division or separation.

Of course, that concept of reality is frightening to the human mind. We are convinced to a person that person is all we are and individual identity is what we must protect at all costs. Yet our very experience in this classroom of life demonstrates that we deeply long for the oneness that only joining can bring. We embrace the feeling that 90,000 people can conjure when rooting for the home team at an autumn football game. Idiosyncrasies, political divides, racial barriers, ethnicity all cave when sitting next to another human who shares the oneness of cheering a home team touchdown. We crave personal connectivity and oneness in a relationship with a special person. We even lust for physical oneness in the sexual sense. We cannot stray too far from the Garden to abandon those core realities. Yet we are frightened to death of giving up our individual personhood and becoming part of the bigger energy that is the universe.

And so we fear. Out of this mistaken value we place on separateness, individual personality, ego we have enlisted an emotion to protect it. We energize our belief in separateness with fear. We even rationalize and fall into the trap of claiming “some fears are healthy.” We hear some people claim healthy fear of some things help keep us alive. Learn this if you will: There is no such thing as “healthy” fear. You may imagine something along lines like, “Fear of getting hit by a car is what keeps me from walking in the street!” I will end any debate like that with this simple retort: “Love is what keeps me walking on the sidewalk.” No, there is no healthy fear.

Fearlessness is complex enough. Add "fearlessnessnizing" and you get an even more intricate complication. I believe this is absolutely necessary to work our way in and through the nightmarish days we live, and the worse to come as a global reality of crises and tragedies of immense proportions will rain down. We are already there... what we do about it all is another thing and fearlessness and fearlessnessizing everything is really important, so I say and... so says the fearlessness theorizing that has come to me in the decades and most recently in the last two years or less. I introduce you to the currrent writing I have done on fearlessnessizing as a resource.

"Fearlessnessizing" - was budding, preconsciously and intuitively as I wrote the book on Four Arrows' life and work [1], and especially by the end of that book I began writing on it indirectly as Four Arrows and I were invited into another project of co-writing a chapter [2] for the SAGE International Handbook of Critical Pedagogy. I had been spending a lot of time thinking and reading about "Indigenizing" (especially via Four Arrows' perspective on this revitalizing healing transformative concept) but did not include "Fearlessnessizing" in the book on him but did bring it in somewhat alongside Indigenizing to align both with Four Arrows' thought and the burgeoning field (perspective) of Indigenous revitalization across the globe.

"Fearlessnessizing" however, has continued to stay a live with me since 2017 early intuitions and then with the writing of articles with Four Arrows in 2018 forward. In the recent issue (Vol. 1(2)) of the International Journal of Fear Studies, I gave it a simple definition and officially recorded it as part of a "New Fear Vocabulary" [Fisher et al., 2019, p. 13] :

fearlessnessizing - [coined by RMF] the process of deconstructing fear-based realities and structures and replacing them with fearlessness-based ones; analogous to indigenizing [3]

See also some writing on this concept in a recent technical paper on "fearlessness psychology" I am developing (Fisher, 2019) [4]

So, that definition, preliminary as it is, has a long history that goes back to the prophetic visionary experience I had with Catherine in the birthing of the In Search of Fearlessness (ISOF) Project (1989), a project (spiritual, philosophical and political) that was meant to counter the dominating hegemony of the Fear Project [5]. In a sense, that very counter-hegemonic 'turn' I was introducing formally to the planetary conciousness was itself a fearlessnessizing of everything. It's hard to even imagine that. The fear-based paradigm was to become eventually a fearlessness paradigm [6] and so on. I was on this grand project to re-make and re-label the world--so to speak. I know that sounds all rather grandiose. And, so is Indigenizing the world.

Besides the ISOF Project and the Indigenizing project, there was a prior influence in my educational (re-)evolution tracing back to the Critical Tradition coming out of (mainly) Europe with the Critical Theory [Frankfurt] School and with many parallels the Liberation Theology (South American) resistance movements, of which the latter produce a very powerful line of Critical Pedagogy of which Paulo Freire made popular around the world and still ongoing. The key term I related to in Freire's writings was conscientization as a form of describing liberation process/work and its deconstruction and reconstruction of oppression. So, in that sense, I was attracted to how liberation (conscientization) was a type of fearlessnessizing as well, even though I did not call it that in the late 1970s when I studied that tradition in my education degree. Conscientizing, indigenizing, Fearlessnessizing all made a lot of sense to me. In 2017 I wrote a short piece on the FM ning [7] mentioning my interest to re-vise Freirean conscientization to Jacobsian conscientization (a la Four Arrows)--of which this was elaborated in the Fisher & Four Arrows, in press) article about to appear in the SAGE critical pedagogy handbook mentioned above.

Anyone who knows my work on "fearanalysis" over the decades, knows that it is my own adaptation of several psychoanalysts' works, theories, etc. Ultimately, fearanalysis focuses the understading of the development and evolution of human individuals and societies (and history) around how they deal with "fear" ('fear'). Recently I have been reading the 1933 work by Wilhelm Reich (Austrian-American psychoanalyst, 1897-57), a contemporary with Freud, Jung, etc. Reich was much more radical and controversial, and decidedly more political--that's why I am liking his work in The Mass Psychology of Fascism" [1].

Many critical commentators today are raising awareness (again) of the rising problem of "fascism" (left or right)--and, they tend to pin that fascism (ideology) on this or that political party and/or social movement, etc. This is exactly where Reich saw beneath the pattern of the patterns of such surface symptoms of "fascist" regimes in history. Reich came up with his own theory of "emotional plague" (what, I would label now, as a fear psychology of the masses). I won't say more but that you may want to look at this notion and related it to fearwork and fearanalysis, fearism, etc.

In contrast, my work has been attempting to constitute a counter project (counter-hegemony) to the fear psychology and its fascist ideological structuration, and personality-character--individually and in social systems. I love how Reich takes this on front and center unlike any other of the psychoanalysts in history that I know of. That's what gave him the dark excluded and vicious reputation amongst others and especially from the mainstream and its leaders. That's another story about his excommunication. He called fascism a form of a deeper "emotional plague"-- and says there are none in society of the West (at least) not infected by it. Again, that's similar to my 'Fear' Matrix concept, upon with the total operations of a fear psychology operate. Reich saw individuals and societies as "sick" on mass scale, and yet he was convinced that a lot of that was due to a sick authoritarian patriarchy that he was not afraid to call out.

My work on a fearlessness psychology [2] of late, is now making more sense why I want to call it that.

1. This whole book (1946 edition) is available free for download on the internet, which is quite an amazing read and so appropriate for our times today.