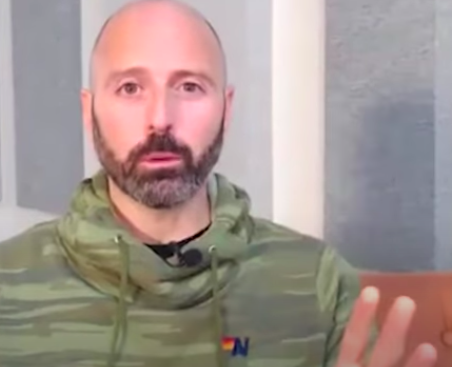 Lee Harris - spiritual teacher/artist at "The Portal" (LeeHarrisEnergy)... is someone I just listened to for the first time on Youtube... a talk called "Transmuting Fear in Times of Division" (Jan. 28, 2021). I thought it was a well-grounded and wise presentation. Go to: https://www.youtube.com/watch?v=efuqWJkQe3c

Mark Zuckerberg and his Facebook corporation is currently under investigations and growing criticism, for breaking anti-trust violations, but the situation is far worse than that. I highly recommend the 3 part interview (or even part 1) https://www.democracynow.org/2019/10/23/roger_mcnamee_facebook_russia_cambridge_analytica

The part 1 interview above is with Mr. Mcnamee, author of the new book "Zucked" and how Facebook is completely screwing the world and destroying the fabric of democracy. Most important in this interview by a very credible critic (Roger McNamee) is basically another kind of insider whistleblower story of sorts. Worth listening to. And, particularly because McNamee talks about how Facebook (like most social media platform giants today) are making business and algorithm systems that "prey" upon the most vulnerable in a population and primarily make most of their advertising dollars and viewer numbers based on (mis-)information, hate-speech and conspiracy theories-- that is, according to McNamee's words, Facebook preys off of the information that produces and reproduces "fight flight behaviors" that become "addictive" to many, especially those who carry smart phones around nearly all the time and everywhere they go.

The danger of ongoing exacerbation of "polarization" of the toxic kind, not just healthy conflict in societies--there is no doubt social digital media ways of doing business are hurting us and undermining our ability to manage conflict and fear in good ways. See also a review of McNamee's book

https://tech.co/news/zucked-facebook-catastrophe-review-mcnamee-2019-03
I have simply said this is the nightmare of our digital times when people are 'hooked up' to fear-producing systems that are making tonness of money off of people's fear and their ways of coping with fear. It is an ethical issue. People en mass are being educated into this fear-based world, and from the interview above (it validated my views many years ago not to join such social media like Facebook) I am sure this is one of the greatest problems facing the future of civil society and basic sanity. Lots to talk about.... lots for the fearologist to offer as alternatives and as corrective interventions. Whether anyone will listen to me or others concerned about fearmongering for profits, well, that's another story.
Read more…

I just created a first in a series of 3 videos "Understanding Jordan Peterson 1: Social Implications"

I just created a second in a series of 3 videos "Understanding Jordan Peterson 2: Conflict Implications"

I just created a third in a series of 3 videos "Understanding Jordan Peterson 3: Fear Implications"

THEME: How is the 'backlash' against postmodernism philosophy justified, how is it a good thing... and what is happening in the polarizing debates between the "progressives" so-called and the "conservatives"--a big battle everywhere in the world... this, one that Jordan Peterson is 'hitting on the nerve' is particularly important!

I, like many, are watching the incredible popularity of the digital 'guru' of media on the internet (youtube world and beyond)-- professor Peterson ... and, to make sense of his arguments, his style of delivery and his own ideological commitments and rigidity (his fears)-- I think a really good critique can be made by looking at Integral Philosophy (via Ken Wilber's work, whom I use a lot in my work on fear and fearlessness)-- see the interview (as an e.g., of an integral lens applied on Peterson's philosophy and the movement he is spawning rapidly)- this interview commentary by Jeff Salzman, a student of Wilber's for many years, brings many good points to light...

I plan to do a video (on my Youtube channel) soon exploring how a fearlessness context (lens) could be brought into a critique of Jordan and his followers in general... stay tuned.