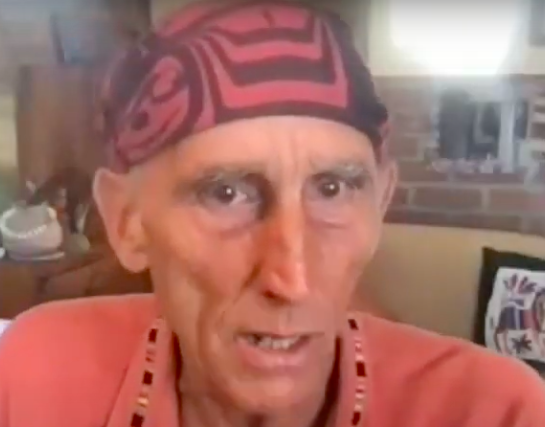 Four Arrows (Wahinkpe Topa) aka Dr. Don T. Jacobs (a longtime member of FM ning and cultural warrior), gives a really useful interview (video) on his work, which I see as part of fearlessness path and its connection to re-visionist (corrective) Education today and the survival of this planet's ecosystems. He says, "I want to be human"... and he defines that in a very unique way in regard to the relationship with "hope" for change of this world and its hegemonic Dominant worldview--as he offers a 'reading' of a universal Indigenous worldview (sometimes called Kinship worldview)-- as a solution to our current crises on mass scales. The Indigenous worldview is based not on a fear-based cosmology and value-system--and, that's really important to note. He talks about decolonization and Indigenization as processes of re-socialization and re-education on a mass scale and how 'turning' things around from the current status quo is near impossible but that doesn't mean we ought not do what we can to "be human" in the midst of this tragedy and rather 'hope-less' situation in terms of actual outcomes of our work to liberate ourselves and come to our Natural-based (place-based) intelligence--or what he has called "primal awareness." He also says so interesting things on hypnosis and de-hypnosis in this regard of bringing change and transformation about.

Note: at the 1:04:00 mark in the interview. Four Arrows is talking about the "mysteriousing" of existence, rather than a noun for "god"--the former being the Indigenous way. He says, it is this in touchness with the mysteriousing that is "getting in touch with that fearlessness around death" and he concludes: "I have never met a traditional Indigenous person who has a fear of death...[or] fear of life."

For a concise write up on Four Arrows' Indigenous-based worldview on fear and fearlessness, go to: