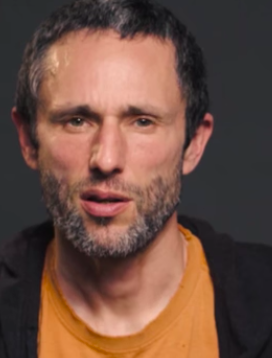 "I am afraid that, in adopting climate as their keystone narrative, environmentalists have made a bargain with the Devil.... The premises of the [environmental] conversation shifted away from love of nature and toward fear of our survival [fear of Nature]." - C. Eisenstein (2018, p. 131) [2]

When we confront the environmental and ecological issues of the day, we are also confronted with an overwhelming (if not distracting) rhetoric (ideology) of the dominant climate crisis narrative. I and others are challenging the implications of this narrative, even though we don't deny it is important. The question we have is how important is it? So, I'll introduce you to one of the critics, an environmentalist himself--and specifically I suggest his recent video "Am I a Climate Alarmist or a Climate Denier?" which lays out a lot of important issues, and ends in the video with a really good challenge to "fear" vs. "love" as the motivational source which will be most effective to bring to our grand environmental problems in the next decades. Unfortunately, he says nothing about fearlessness and/or fearism etc. in offering solutions. Anyways, I commented (see below) on his Youtube video channel the following:

As I listen to this talk (thank you Charles) a second time, his argument (biggest question/concern) boils down to questioning the primary tactic (not only one) of the Environmental Movement in the last 60+ years--that is, should environmentalists be utilizing (without questioning, without self-reflective critique and analysis) Fear Appeal over Love Appeal--in order to get people's attention and make them change (i.e., "wake up")? He says this in the last minute specifically of the video and to say this is most important is truly I believe exactly that. My own work of 3 decades has been on critique of societies in the modern era running aground because of a fear-based orientation to everything--our W. dominant worldview is fear-based and as much as ECO environmental critiques of that dominant worldview exist and are fantastic they unfortunately in practice often use the same rhetorical tactical fear-based approach (i.e., compare the effectiveness of fear-appeal advertising and propaganda over the centuries). I have written a few recent articles readers (and Charles) may find useful to this problematic of "eco-propaganda" (even with the best intentions). I too am an environmentalist (since my late teens, and I'm now 67 years old)--and ECO thought and environmentalism is still far behind in understanding the Fear Problem at the basis of why the world is going down today. See free pdf publications of mine: "The 'Fear' Matrix Revisited" and "Fearologics: Eco-Fear Protestations of Climate Crisis Activism Need Critique." I look forward to talking with others about this r.michaelfisher52 [at] gmail.com

ALSO, see my series of two videos on The Greta Effect https://www.youtube.com/watch?v=-kHozXgPS7Y which look at similar dilemmas that Eisenstein is pointing to, albeit, he doesn't name names like I do. And see alternative views of young Swede's (other than Greta Thunberg, for e.g.) who are sick n' tired of the "prophet of panic" and "climate cults" from Leftists and their continued pc binary thinking  https://www.youtube.com/watch?v=oZCCXZz5Esw

I like what wise elder and death-grief expert Stephen Jenkinson said recently:

"There are people walking up my path, one-third my age. Their hands are full," spiritual activist and author Stephen Jenkinson told The Vancouver Observer a recent fundraiser for Wakan Tanka, a film about environmental elders engaging youth on climate change. "One hand is full of a blistering hatred of anybody my age—the other is full of despair, something I’ve come to call principled anxiety...They say to me, ‘have you got anything?’"

ALSO, on the back cover of Eisenstein's new book and critique see Climate: A New Story (2018):

"Flipping the script on climate change, Eisenstein makes a case for a wholesale reimagining of the framing, tactics, and goals we employ in our journey to heal from ecological destruction. With research and insight, Charles Eisenstein details how the quantification [statistic obsession] of the natural world leads to a lack of [empathetic] integration and [reinforces] our 'fight' [and 'flight'] [fear-based] mentality."

This latter point of exacerbating a battle of who's facts are right, re: climate change activists vs. the deniers, is fear-based in structuration, which is something I also have seen for many decades when it comes to making cases to 'save the environment' (or the world). The passions of fight-flight, our primal brain reflexes on survival get triggered and grow and out race the higher cognitive functions of which are needed to look at the situation and problems we have to face more collaboratively. Digitial media and social networks in the past decade have exacerbated fight-flight divisiveness on top of the quantification battles and in the end the subtleties of really listening and connecting to our hearts, souls, and our holistic nature of perception are diminished. David Abrams, cultural ecologist, geophilosopher, and author of Becoming Animal and The Spell of the Sensuous endorses Eisenstein's critique calling Eisenstein's latest book "a blast of sanity!... he writes from within an uncannily woke worldview... that discerns and feels into the complex entanglement of our lives.... This book is visionary and prophetic...".

I think with Eisenstein's work here we have the possibility of moving from fear to fearlessness in the entire eco-problematique. I still am in the early stages of analyzing Eisenstein's work and especially from a fearological lens. So the "New Story" he speaks to is basically, as his book (back cover) says:

"This refocusing away from impending catastrophe [as primary fear-based motivator to care for Nature] and our inevitable doom cultivates meaningful emotional and psychological connections [love] and provides real, actionable steps to caring for the earth. Freeing ourselves from a war mentality and seeing the bigger picture...".

The book (according to Brock Doman, Water Institute Director) is "A clarion call to reconnect through love with our living earth... to collectively move past divisive reductionism [fear-based patterning], betwixt false Prophets of doom and false prophets of denial, towards a revitalization of reverential relations."

1. When Eisenstein refers to "fear" problem in the ECO movement and especially the current climate crisis debates, he is really referring to the environmentalists (and Leftists, especially) getting caught up on an hyper-inflated use of the "precautionary principle" as the primary tactic informing (a fear-based) policy making process as well as using this principle to justify they can do and say anything and be "right" because of it. A good book critiquing the hyper-inflation of the precautionary principle" see "Law of Fear"(by Sunstein)

2. This shift is super important to recognize and analyze (see Note 1 also)--it is part of an emergency paradigm regarding time and risk--and the fear of failure at an unprecedented scale--thus, it is a way to motivate people and institutions to change by 'force' of fear rather than love--which is the basic foundational strategy of what is called "negative" politics/environmentalism relative and in contrast to "positive" politics/environmentalism.