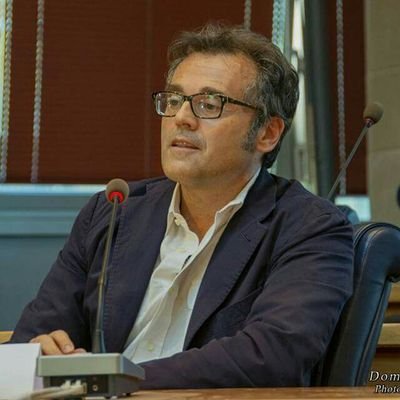 It is Desh Subba's essay, Trans Philosophism, published in 2021 by Xlibris, English language, is a study that could initially appear as a philosophy of history: "What is presented herein: public made law, rule, constitution, state, court, and government to direct, control and conduct the societies that they developed via theism, the theory of evolution, political theory, Marxism, and now Fearism. Lineage, tribe, caste, and nationality were constituted later. Now, we are living within its periphery. " (p. 47)

Desh Subba's work takes on particular interest because it offers thinkers an unprecedented reinterpretation of the history of philosophy, made by a Nepalese thinker who passionately digs to verify the cornerstones of Western thought, making them his own and reinterpreting them. It often happens that they ask me for an interpretative judgment; I point out that my philosophical training is linked to Western culture; my mind and I are damned tied to a logical structure, a mindset, inescapably Western. It is impossible to take a further logical position, although the strength of philosophical thought is expressed primarily if it translates into freedom, intellectual autonomy. In fact, the goal of philosophy is achieved when the mind takes on a further point of view, knowing full well that it cannot transcend itself and its own essentiality. The substratum of the mind is the rootedness it possesses in nature - time and place - a kind of Aristotelian power (δύναμις) which produces its otherness while remaining linked to its life. Reading Desh Subba's essay first of all invites us to discover what Trans Philosophism is.

With narrative wisdom and philosophical competence, the Author guides the reader in the unprecedented analysis of thinkers such as Hobbes and Marx, Sartre and Foucault, Heidegger and Derrida.

The hidden purpose of the mighty volume is to show the contemporary subject how to understand its complexity in order to become master of himself: this result can only be achieved by seeking the anfang of human action, understanding what is the fulcrum that moves human life. The philosopher manages to Trans philosophism (sic!) By deconstructing history, creating a genealogy of humanity: he will thus discover that the principle from which historical existence moves is fear; the Author can therefore state, paraphrasing Existentialism is a humanism: "It is new path for a new century - 'Trans Philosophism - (existence of) fear precedes essence'." (p. xvii) Using the method of exploration typical of philosophy, Desh Subba produces a re-proposition of Being in an existent key, moving from the moment immediately following the Sartrian being-thrown, and reconstructs the history of humanity that slowly evolves, interacted by the ontic thrust of fear. The production of structure - in the Marxian sense - has always been moved by the constitutive fear with which man must coexist; the eternal inner conflict of the fearful self generates the facts, determining history as a result of the struggle between fear and its overcoming. The transphilosophist understands that fear is the lever with which the human has produced History, but fear increasingly gives way to the spirituality of human beings, producing survival and growth, from the cave to the spaceship: "Fear existed along with the existence of human beings. It encouraged us for further progress. This is a reality hidden behind the motion of civilization and the cyber globe. Tomorrow it will reach space and the galaxy. It is still going on and human existence remains continuous. The globe goes back to the void along with the end of fear. We are born as complementary. We act in different parts till our tasks remain significant. It's like a dream in a play. Our roles end with the end of the play. "(p. 78) we are not faced with the Feuerbachian materialist vision, in which the concept of fear would be considered the anthropological principle according to which every activity can only be called human, even the existence of God. Although not mentioned in this demanding work, many of the principles of the New Science of Giambattista Vico echo, for which man must not delude himself into discovering the laws of nature, since this approach to the world would presuppose both the desire to be able to reconstruct it. Out of nowhere, let it be the arrogance of being able to discover the mystery of existence. Man can only know the only reality he has managed to produce, History, his history, but he must carry out this genealogical reconstruction by placing himself methodologically distant from the Western philosophical tradition: "[...] I utilize the basic reference from Viktor Afanasyev, Marxism Philosophy A Popular Outline. The origin of philosophy is the beginning of creation. It depends on how it has been narrated. A lot of philosophies have come into being while attempting to explore answers to questions. The planet we live in can be divided into material and spiritual. People with a material faith see everything material and the people with spiritual faith see everything spiritual. Yet, all theories developed to look at the world are incomplete. Similarly, the truth we believe in is typically mostly surficial. " (p. 62)

Desh Subba's wit invites reflection that takes into account the constant clash from which cultural achievements and changes, all forms of collectivism, life and relationships are born. The essay interprets the history of Western thought as the history of the contrast between materialism and spiritualism - Plato and Aristotle, which Raphael in the School of Athens depicts one pointing to the sky, the other to the earth -: this dichotomous vision must be overcome. To do this, the transphilosopher declares himself to be a Mateidealist, engaged in the simultaneous knowledge of his matter and his interiority, since both are part of the world, where everything is in everything, and in all things there is the intellect - The (things) that mix together and separate and disjoin, all the Intellect has known (Anaxagoras, DK 59 fr. 12) -. "Fearism is a Mateidealism. To understand, to make somebody understand and to feel frightened are related to Fearism. It originated in the ancient period. Socialism and capitalism remain meaningless unless each applies a theory of subsistence. So, philosophy should explore these issues to reach depth. We are working in a task force on the exploration and resolution of equivalent issues. It focuses on subsistence. " (p. 76)

Desh Subba's tension is all concentrated to demonstrate that there is inseparable unity between knowledge and life; understanding that everything is one - men and nature - represents the last form of awareness that can lead the subject back to greater moral solidity, being able to grasp being to free himself from fear: it is the attempt to reach the top of the mountain more unexplored to be able to look the other way, with the hope of freeing oneself from the torment of the unknown! "Why does it birth fear? And I found the nectar of fear in the mount Kumbhakarna Himal. There is a myth in my village, on the top of Kumbhakarna Himal, there is herbal plant of immortality. It is hard to climb and with a steep summit. Phoktanglungma (Phoktang means shoulder and lungma means Mountain) named in local Limbu Language. Originally it looks like one side of a broken soldier. Villagers maybe made the myth up because it is hard to climb. Many beautiful mountains of Nepal which are virgin are not open for climbing. I was looking for a metaphor of fear, and I found genesis of meaning. " (p. 423)

At the end of the reading of Trans Philosophism, agile thanks to clear writing, is it necessary to resist the usual Western temptation to deconstruct and decode Desh Subba's thought in order to attribute to it an ism - utopian? pantheist? -, making it immediately understandable, and then putting it aside. The Author's message is important with which he invites us to educate the intellectual capacity to understand a further project, because it is in the strength of human beings to be able to renew and grow, recognize themselves in others and overcome errors. The trans-philosopher Desh Subba suggests to human beings that the time has come to build a "fear-free-zone" (p. 438), a possible social place, a collective experience that makes history. The greatness of a man is to be a bridge and not a goal: in man, it is possible to love that he is a transition and a sunset (Prologue of Zarathustra, 4): only by getting rid of his own Icheit is it possible that every man learns to reduce at a minimum the ancestral coexisted fear to help create a more just and shared world.

Note: Originally it is written in the Italian Language. With the permission of the author Nicola Tenerelli, I have posted an English translation via Google, for English readers’. Original Italian text can be read at this link.