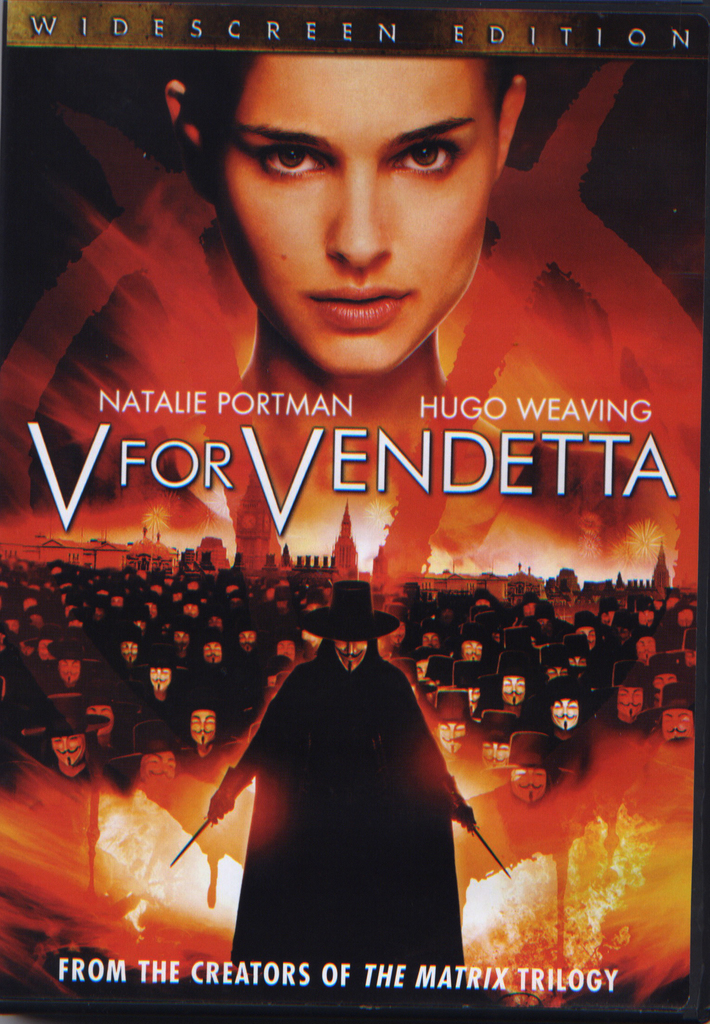 Based on a subversive graphic novel, this sci-fi futuristic film noir (2006 (c) Warner Bros.); screen play by The Wachowski Bros. (of The Matrix film trilogy 1999-2003) is well worth a watch in the next days ahead. Barbara and I took it out the other night, and the analogies and metaphors and 'story' are so connected to what happens to a nation and culture that has come to be ruled (and infected) by a fear virus-- in our case now, novel Coronavirus and the 'spin' of fear contagion that is shutting down rapidly all parts of societies everywhere. The implications of the "shut down" or "lock down" security regime have to be investigated (and resisted)--because this is political as much as it is a biological phenomenon. Watch this movie V for Vendetta... and start talking it up. There are so many excellent quotes on fear (and fear mangement) in this film, including a wonderful section on "transformation" of Evey, the female protagonist--as she comes to fearlessness out of a life of unhealed wounds and fear-based living in a 'Fear' Matrix. There's also a sub-narrative of an "experiment" re: a virus... okay, I won't spoil this further.  -enjoy, -M.