The old idea that there is one "philosophy of fear" that will cover the reality and Real, is a hoax beyond belief as we pursue a truly 21st century paradigm on the topic of fear.

I made this poster just because I find it so interesting how "complexity science" is the new buzz word out there for shifting the paradigm dramatically in the study of all kinds of phenomenon--and, apparently it's hip language for getting research grants in some areas.

Whatever the case, I just thought I would put one of my art pieces in the background, and play with the words together "Fear Studies & Complexity Science." Okay, I am a fan of complexity science and quantum theory, chaos theory etc. but not someone who has studied them much in any detail. However, the overall jist of the movement toward "complexity theory" in general is very much in line with my own research and activism to try to get the world to pay attention to the needed 21st century upgrade in our understanding of Fear...

What is basic complexity theory? One plant scientist wrote, about how complexity theory is revolutionizing understanding of plants and forestry towards a much more accurate picture of the world going on in ecosystems. I think there fearosystems that also need to be named and studied. The scientist wrote: "Based on embracing collaboration in addition to competition [in living systems, at least]--indeed, working with all of the multifarious interactions that make up the forest--complexity science can transform forestry practices into what is adaptive and holistic and away from has been overly authoritarian and simplistic [i.e., reductionistic]." (Simard, 2022, p. 304). 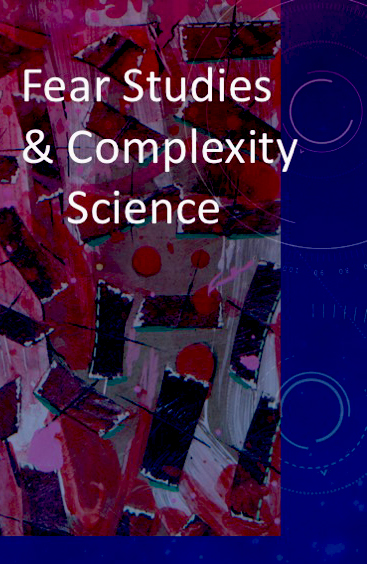