I highly recommend listening/watching Marianne talking about politics today and the USA election of 2024 for a new president.

Marianne Williamson runs a very courageous life style, "fear" is not necessarily her enemy but it is surely not her highest power. "Love" is... "courage" is... she would say. And, I just came across another blog, citing Williamson, that tells of the discourse that is going on out there in culture that is still anti-fearlessness and convinced they are right!

The blog author (not MW) confidently lays out their first argument in their goal to help people be more courageous:

This post is not about how to take monumentally brave actions, like Malala Yousafzai, the young Pakistani education activist who was shot for her efforts, or like a firefighter rushing into a burning building. It is instead about understanding what courage really is and training ourselves to perform small, daily acts of bravery. 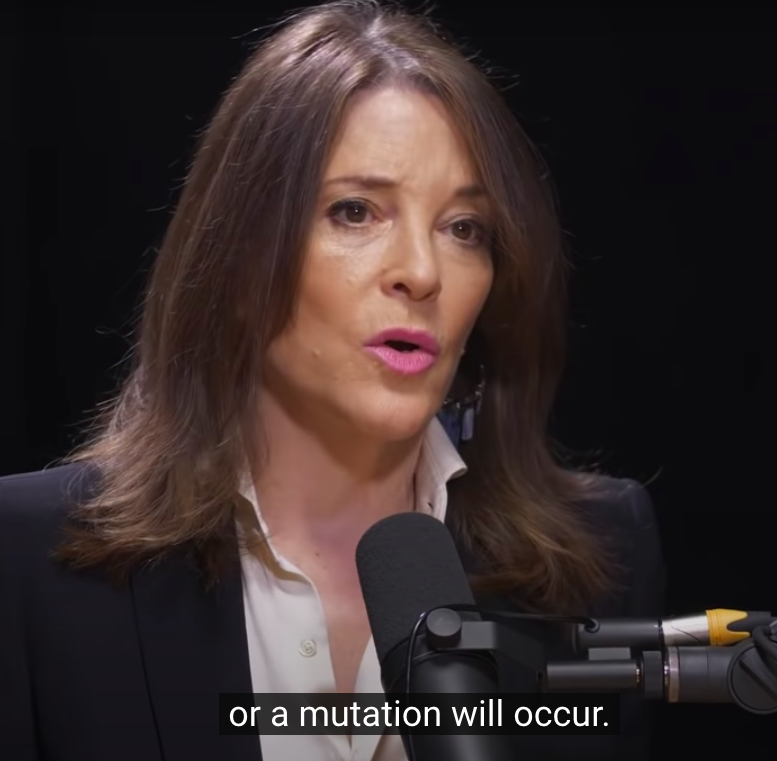