Call for Papers and Creative Submissions:

Covid-19 (coronavirus) pandemic dynamics have really changed our lives. What are we learning in this context of such pervasive fear... and more...? Are there better ways to handle all this?

FOR the full details of Submission and about the Journal IJFS fourth call Apil 12 .docx

“Is there one central fear like the trunk of a tree, though it has many branches, and if you could understand that single root of fear you have understood the whole network of fear? How do you approach this, from the periphery or from the centre? If the mind can understand the root of fear then the branches, the various aspects of fear have no meaning, they wither away. So what is the root of fear? Can you look at your fear? Please look at it now, invite it.     - J. Krishnamurti

Ecofear is a culture-specific trope. There could be various reasons for ecofear like climate change and the resultant floods, devastating cyclones, extensive wildfires and even a viral pandemic. The spectrum of fear may vary according to the agencies, context of interactions, and the various reasons for the fear, depending on the cultures in discussion. This issue of IJFR will focus on various kinds of ecofears experienced by humans and other animals in different cultural contexts apart from the various explorations of the consequences and manifestations of ecofear. The fears that connect/disconnect humans from nature have various dimensions that can be studied through a multi-, inter-, and/or transdisciplinary approach―sociological, cultural, economic, political, philosophical, theological, artistic and of course, psychological. These fear-dimensions that are understood through diverse disciplines explore diverse methodologies to arrive at realistic conclusions. For instance, the film Crawl (2019), set in Florida, a hurricane-prone state, contextualizes a world where natural disasters are an accepted reality but the antagonist(s) (alligators) engage in a “war” with humans―an explicit human-animal conflict that is primarily caused by fear (of various kinds) and also invokes fear in the audience. Augustina Baztericca’s novel, Tender is the Flesh: If Everyone Was Eating Human Meat, Would You?, which many readers assert as the most horrifying novel that is set in a world where cannibalism is normalized after a global epidemic which wipes out the animal population. The film and the book, both can be read as a result of human anxiety about a world that they are actively destroying. Fear is at the centre of both the works.

Notable fear-concepts, like ecophobia, theorised by Simon C. Estok, and/or the concept of fearism proposed by R. Michel Fischer, and/or Desh Subba provide a befitting framework to analyse such literary and cultural texts. An author who wishes to contribute to this issue of IJFR may consider employing any of the aforementioned theoretical frameworks or others’ for their critical analyses.

The guest editors of the Winter 2021 issue of the IJFR invite critiques of such depictions―instances of fear, ecophobia, awe, respect, obedience, or even love (not necessarily referring to biophilia) in the context of human-made calamities; fictional accounts of fear or ecophobia in the context of natural calamities; or even critiquing fear-methodologies in various disciplines. We also invite original documented and creative works such as poems, short films, music, short stories, short reports, experiential stories and so on. Authors attempting to write critical essays may analyse any text (literary, social, cinematic and so on) from a fear perspective. Critical essays may be written in about 5000 words and the written creative works may be from 2000-5000 words.

Please send your essay/creative work/proposal of your work to <raysonalex@goa.bits-pilani.ac.in> marking a copy to <sachindevps@gmail.com> according to the time-schedule. For the sake of congruity, we will be following the MLA style format for critical works. We expect the word limit for essays to be between 4000 and 5000 and no restrictions, whatsoever, on creative works.

International Journal of Fear Studies is an open-access peer-reviewed online journal. IJFS was founded in 2018 by R. Michael Fisher, Ph.D. (Sen. Editor). Its purpose is to promote the interdisciplinary and transdisciplinary study of fear. It is the first journal of its kind with a focus on the nature and role of fear and on innovations in methodologies, pedagogies and research inquiries that expand the fear imaginary beyond what is commonly assumed as how best to know and manage fear.

The Journal accepts submissions that are theoretical or practical on fear that deserves international recognition. The primary criteria is that works have an interdisciplinary and/or transdisciplinary approach, while at the same time are progressive and open-minded works that instigate insight, healing, liberation, creative thinking, critique, and synthesis. IJFS focuses consistently on fear as a subject matter and is issued biannually.

All authors retain their own copyright of their works published in IJFS. The journal will consider re-published submissions as long as copyright approval has been made.

Rayson K. Alex is currently Assistant Professor at BITS-Pilani, K. K. Birla Goa Campus. He is one of the editors of Essays in Ecocriticism (2007), Culture and Media: Ecocritical Explorations (2014), Ecodocumentaries: Critical Essays (2016) and Ecocultural Ethics: Critical Essays (2017). He has directed/co-directed ethnographic video documentaries and is the Founder and co-Director of tiNai Ecofilm Festival.

Sachindev P. S. is at the Department of Film Studies and Visual Culture, English and Foreign Languages University. He is one of the editors of Culture and Media: Ecocritical Explorations (2014). Formerly an advertising creative, he has shot and directed documentaries, one of them screened at the International Documentary and Short Film Festival (IDSFFK 2014). 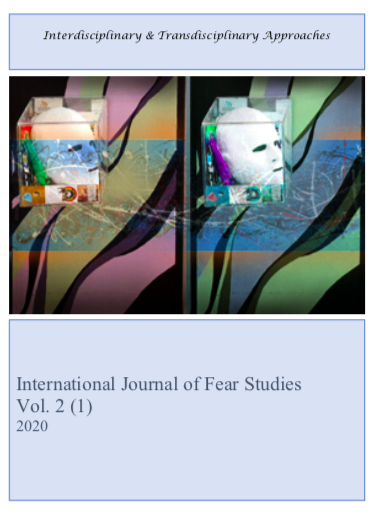 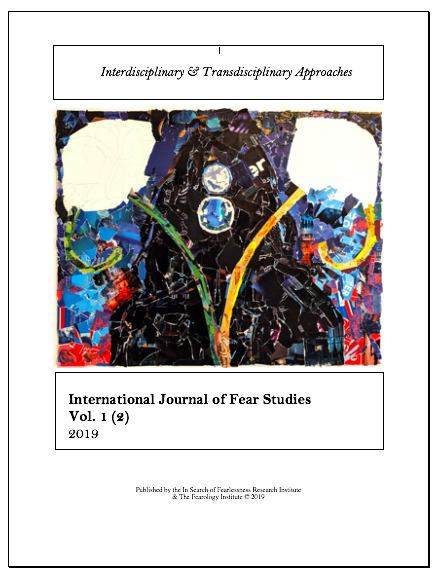 Check out the latest issue of IJFS

Hello everyone. I'm pleased to announce here the IJFS second call .docx to the 2nd issue of the International Journal of Fear Studies.

I look forward to seeing your submissions.

Call for Papers and Creative Submissions:

Dr. R. Michael Fisher, Ph.D., founder/editor of IJFS, has set the wheels in motion for a first edition of an on-line journal that promotes academic scholarship, professional explorations and popular educational and creative works for a variety of serious readers interested in fresh thinking and ideas about the nature and role of fear in societies. Articles and creative submissions may include large technical and philosophical works, research studies and results, essays, opinions, poetry and other art, etc.

There is also going to be space to share the kinds of work (theoretical or practical, complete or incomplete) you are doing on fear that deserves international recognition. The primary criteria is that works have an interdisciplinary and/or transdisciplinary approach, while at the same time are progressive and open-minded works that instigate insight, healing, liberation, creative thinking, critique, and synthesis. We simply require a new journal format like IJFS because there is no other place to focus on fear as a subject matter in any journal to date.

All authors retain their own copyright of their works published in IJFS. The journal will consider re-published submissions as long as copyright approval has been made.

Submissions Due January 20, 2019 for the first volume edition of IFJS. Feel free to send the editor (r.michaelfisher52@gmail.com) a proposal of what you would like to submit ahead of time if you want feedback first. Otherwise, send your completed work and it will go out for peer-review and final editing by Dr. Fisher. Citations of references is essential in papers and should follow a standard style format (e.g., Chicago, APA, Harvard, etc.) in most cases, but also feel free to be creative in style format as well but provide a rationale for any such deviations from standard formats. There is no word-length requirements of submissions. If all goes well the first journal will be published in Spring 2019. There’ll likely be two issues/year.

If you would like to be on the Editorial Board (and/or be a Reviewer for IFJS) make your interest known to Dr. Fisher as soon as possible. We look forward to your participation to make this journal a success. The first edition will be available in an open-access pdf format and housed on the Fearlessness Movement ning (hosted by R. M. Fisher) and eventually, IFJS will be archived in a university library digital repository with open-access and full linking to academic search engines.

If you would like to gift a donation to IFJS, please contact R. M. Fisher. Your support is greatly appreciated.