Fear is like a two edge sword; it has the capacity to

build and also has the ability to destroy.

Author/Philosopher and Theologian Michael Bassey Eneyo is a young Fearist Philosopher from Nigeria. He was born in Ekpri Ikot Eyo Edem in Akpabuyo L.G.A. of Cross River State, Nigeria. He is currently working with the Nigeria Customs Service. At present, Eneyo is assiduously working on his next book, "Philosophy of Unity" which he had identified fear as an impediment to inclusive unity in the fifth chapter of the book.

The author came up with new arguments about the notion of fear. He is not completely in agreement with the presentation of other world famous Fearogists like: Subba, Fisher and Kalu. In one of his dictums, he says, "Fear is like a two edge sword..." This dictum signals the positive and the negative nature of fear of which the author seeks to promote. The world is characterized with the positive and the negative categories of fear, he reasoned. The fearing nature of the world is what he called; "Fear Territory". In this territory, Eneyo argues that there are many faculties of fear dominated by a given pattern of fear in both positive and negative influences. He is of the opinion that negative fear can be overcome by love. Love is stronger than fear, he interprets. According to him, during "Fear Conflict," courage plays the mediator role.

a vast amount of varieties of fish such that, no matter the number

of fishermen that fish from it, they can never finish the fish in it."

He has beautifully defined fear territory with an explicit example using fish and ocean to elucidate his analysis when he said: "It can be argued that fear territory is like a deep ocean that accommodates a vast amount of varieties of fish such that, no matter the number of fishermen that fish from it, they can never finish the fish in it."

Fear territory is like an ocean and the Fearologists are the fishermen. No matter how many fishermen that come to fish in the ocean, the fish will never finish. Similarly, many philosophers\ authors\ political leaders\spiritual leaders, etc, are all fishing in this ocean of fear, but fear still remains. Fear territory is also like the ocean of the Greek God Dionysus. According to the ancient myth, Socrates always defeats Dionysus in debate. Dionysus had been looking for a good chance to make a fool of Socrates. One day when Socrates was passing by the bank of ocean. He saw a man sitting near the ocean and pouring out handful of water. He had been casting water on the ground. He was doing this throughout the whole day. When Socrates saw him, he wondered and asked him, "what are you doing?' The Strange man replied, "I want to dry this ocean." Socrates laughed and mocked him, "You are one of the greatest fools in the world." Socrates didn’t know this stranger because he disguised himself as a fisherman. It was indeed a diamond opportunity for him to make fool of Socrates. He said, "You are trying to catch the soul. Soul is unlimited. In comparison to the soul he said; ocean is limited, why can’t I dry it?"  When he listened to his logic, it shocked Socrates because he was right. Fear is unlimited like the soul of Socrates. This is rightly mentioned by the author in this book when he said “there is fear everywhere”. 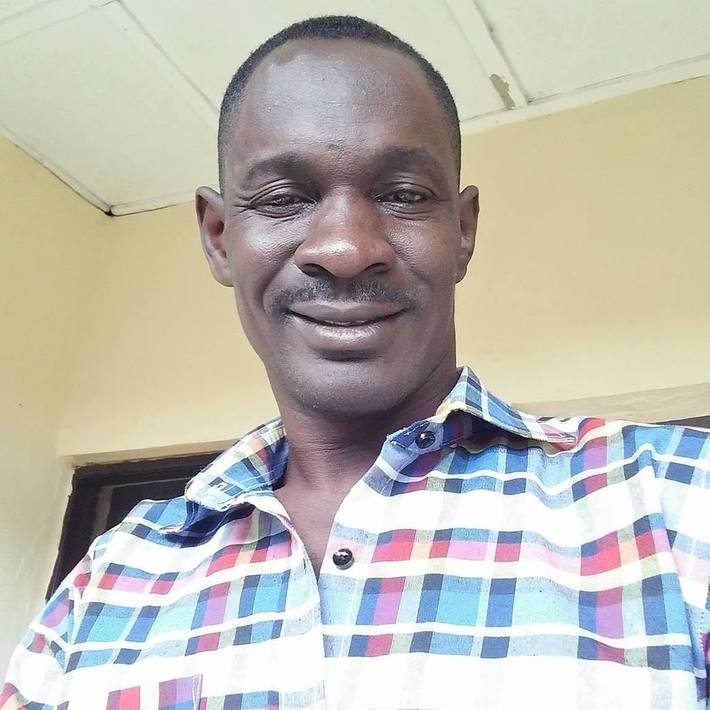 The author sometimes agrees with other fearologists and some other times he disagrees. Amidst these arguments, he clearly made his logic of "Philosophy of Fear" so appealing. His criticism is the first bookish criticism in the world on fearism/fearology. Nobody had done an in-depth bookish criticism on fear study as Eneyo has done in his book. I am personally agreed with his logic and admire his courage.

"…If we fear God we would not be afraid of the world and if we are afraid of the world, we can never fear God" (p.16). Subba explains the above ideation of Eneyo as different levels of fear. Sometimes we are afraid of a small thing and at times the fear becomes dominated by bigger and the biggest kinds of fear. Often times we are afraid of blood pressure until more chronic disease which is more fearful than blood pressure appears. When blood cancer is diagnosed, blood pressure automatically becomes less fearful. Subba explained this in the case of Hemlock poison of Socrates. Socrates was not afraid to die, but he was rather afraid to stain his soul with dirt of immorality. This is exactly what Eneyo has critically analyzed here.

Of all the Fearologists of the world, none had ever made declaration on fearism that captures the foundation for fearism studies of which all fearologists should uphold. Eneyo became the first fearologist to have made this declaration without any hesitation and delay; what he called, “Fearism Declaration 2018”. This declaration is justified, holding to the fact that 2018 is the year many Fearologists of the world have written differently on fear related topics, yet, they all hold onto the dictum that “fear is fundamental to all mankind.” It is also in 2018 that the author himself was actively involved in the grant mission of Fearism Movement as an emerging philosophy that seeks the liberation of human beings from negative fear and how positive fear can be used to the advantage of human beings in the 21st century and beyond.

He had added a lot of Efik's myths to decorate his philosophy. I think these myths have honestly performed their duty. The myths of Spittle, Fattening Room, Clay Pot, and Clean Environment are admirable examples. In these myths, the central message is that fear is conductor, director and controller of life, society and nation. This message is tinged with the “Fearism Declaration 2018” which says that fear is fundamental to all mankind. Using the myth of clean environment, the governor Mr. Donald Etim Duke had implemented many developmental projects that attract tourists all over the world to Calabar as the result of the cleanliness of the city of Calabar. The fear of Abassi [God] and Atai [God’s wife] also played significant role in maintaining mutual coexistence among the Efik people of Nigeria. Most countries and peoples of the world also have their own myths or beliefs that guide them to achieve their goals. The fear and respect for Abassi [God] helps them to keep peace, developed and be happy. In another words, the fear of God in a great extent plays the role of the law, court and government in the Efik society.

The book has indeed brought up some of the aspects which were not covered by other Fearologists. The emergence of this book is like a river that flows into the ocean. I highly recommend it for your reading and I see it as a paradigm for fear management. It is hoped that one day, the book will be used in fear related courses in universities.

The book is chaptered into nine with a total of 164 pages. It is available in major online platforms for your purchase. It goes for: price kindle $4.99 and paperback $20.69 respectively.