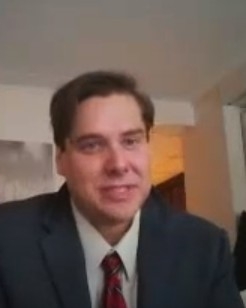 Desh,
I just read your book on Trans-Philosophism. This time around it looks like our ideas got a little out of control. You started introducing concepts you didn't really argue for, and some claims simply needed substantiation. There was one by Marx, for example, that just didn't sound right.  You also said Socrates, Plato  and co. were Existentialists. Existentialism was highly contextualized as a post-WWII phenomenon and can't be construed as correct.
Even though I commend you on a valiant attempt at a new philosophy, and a new approach to again, what I see as socio-economic problems with some older ideas.
Is English your first language? if not I suggest you get a ghost writer because I am sure he/she can get things sounding a little tighter for you.
First, awesome intro! 21st century--TransPhilosophism. Nice citation of Camus. "Trans-Philosophism is meant to bring a refreshed and artful reality back to philosophy" xx -Awesome!
"According to Socrates. . . " I was unsure of this quote somewhere at the beginning of the book, you might want to double-check your sources. Was this from a Platonic dialogue?
Kent Olson,  Minneapolis,
Minnesota, United States

Who is V. Afanasyev? Can you tell us more about him and/or why you draw from this source so much? p.369: "Scientists are predicting the possibility of the earth entering into a black hole." You might want to back this claim up. "Marxist argument that black color change and returns to black is not possible." Does Marx actually claim this? It doesn't sound like something he would write. "Other philosophies and religious could not picture" should be Philosophies and religions." p.390 "A fierce attack on Oxygen" should
be rephrased. p.390 What is metafear? this might be interesting, you should introduce this as a concept into your system early on and argue for it.
p394 I still don't know what Heart Playing Cards are in your system. Could you explain this and related ideas better? p.398 Why is "Landmark" capitalized? I am over halfway through the book and am unsure what amygdala is, make darn sure we know what it is. p.400 "Plato Aristotle and Greek philosophers " were not existentialists, they didn't have them yet, and the philosophies were different. p.410  "Sentence is a text. It is a physical body (earth)" -I am having a problem with this. p.422 I would look into C.S. Peirce's semiotic system again. I need help with the following concepts  Fearomenology, Xfearomenon and Fearomenon on page445, these concepts are used somewhat strangely in a sentence and are not really introduced. Could you unpack phrases like these for the reader, because he is unsure what you are talking about? This needs help: "When I was repeating my rational, I hooked to the four causes" page 446.
"Socrates wanted to prove the wrong Oracle" I am unfamiliar with this story, could you provide a reference? p.321 "The social revolution is a deep-giving upheaval into the political-economic life of society" -I need help here. P.322 What are B3, N6,D3? Explain more about Thanatos and related concepts in your work, someone might not have your body of knowledge.  p.322. "Hatredism principle was applied against them." Why not "A principle of hatred was. . . " You needed to tie in the Bolsheviks and other related historical phenomena with your treatment of Lenin.
Your stuff on Marxism is the best. p.36 "Nationality in SU is illustrated by several illustrations." You want "shown by several illustrations." p.164 Good grasp of Marx, but he would say the Trojan was socioeconomic like any other social event. p.173 "If population growth is to be left free as Marxism says, it doesn't take long to see encroaching of the. . ." I simply got lost here. Does Marx think the population should just grow? You'd think he'd be smarter than that. Could you check your source? "The peasant, bourgeoisie and the capitalist" It would sound better if you said "bourgeoisie" who owned the newer means of production in Marx's time and the bourgeois who were old money. "Marxists want to develop a society with his consciousness, society already constituted on the base of Heat Playing Cards" p.202
p.257-259 You might want to look into William James and the cash-value of a belief. p.285 "As equipment developed slaves started to produce more production." How about "Produce more" instead, or "produce more products"? p.260 I like this the thought ". . .the capitalist system was raised. The workers were somehow independent." p.360 There actually is a problem there, you should write about that. Try to introduce Satalism, can you give examples? Historically capitalism & socialism have been at odds. p.263 "The division of labor in society is a theory of Emile Durkheim. -I think it was around before Emile Durkheim. p.263. Rousseau is a good writer to bring in. Try not to quote Wikipedia.
Okay, I think you need to outline your argument in the beginning and have your major concepts defined. As you go through, point out your socio-historical examples of Fearism and/or your gripes with Marxism. I do not think your title should be that verbose, nor do I think you need to tie in Sartre et al. Just limited to communism, you could show how your concepts work. I see you grappling with many ideas, and this looks like a completely new approach to social commentary based on philosophical ideas such as Thomas Hobbes and Plato. I do like Asian philosophy myself, although I find some of the concepts need elucidation. I am sorry I did not get all the page numbers down. At certain points I just got lost.
I commend you on a heroic effort, and good luck on your journey!
Sincerely,
Kent Olson
1st degree connection 1st
PhD in the Philosophy of Science
Minneapolis, Minnesota, United States

Note: With Kent's approval I have published it for philosophers.
E-mail me when people leave their comments –
Follow